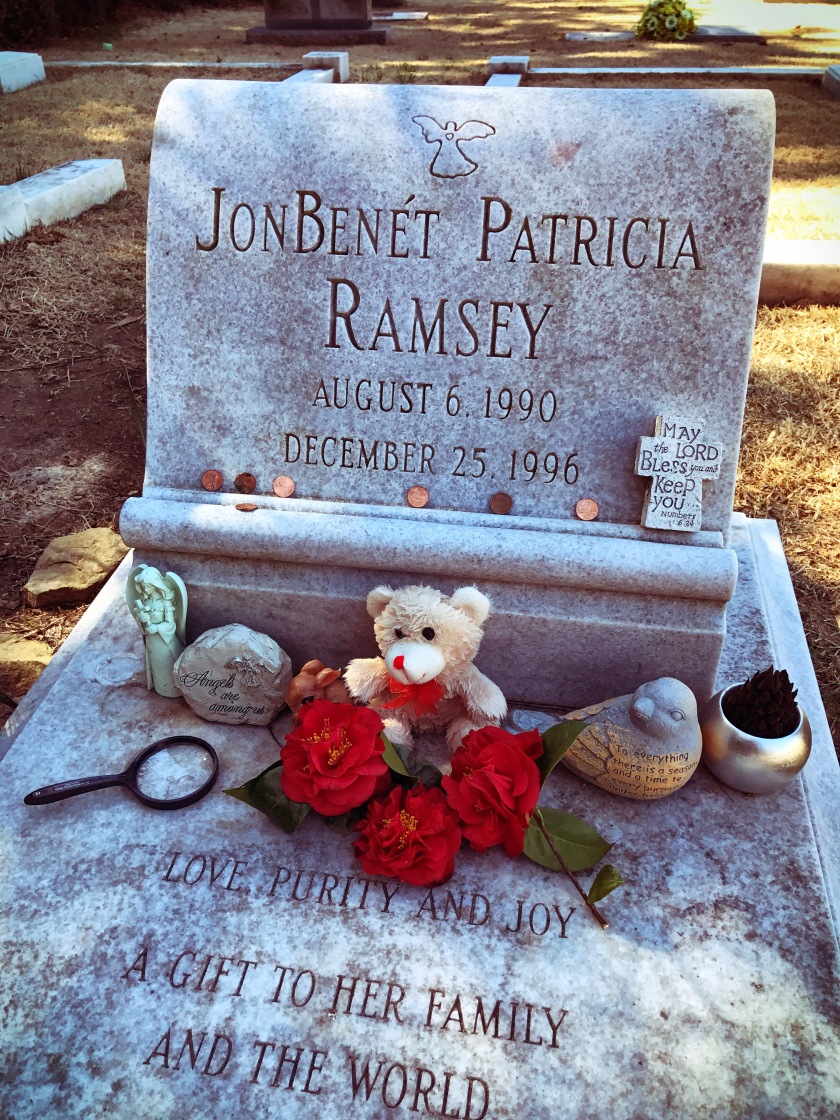 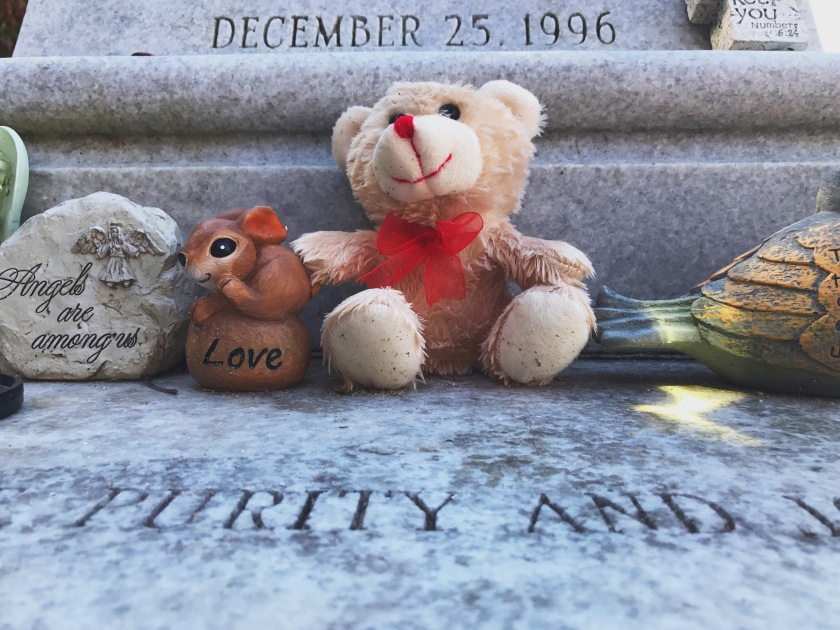 Not much to say here – what can you say, really?

20 years ago last December, on Christmas Day, the nation was forever changed by the violent death of this little girl. She  was America’s Daughter – we all wanted justice for her, had never seen anything like her!  In a time before Toddlers & Tiaras, her eerily overpainted face and overly wise eyes unsettled us all. Who could do this? The American people craved answers.

Was it an intruder? Her parents? Her brother? A fan? We still don’t know, and probably never will. This child’s short lived life is arguably one of the most famous true crime stories in American history.

A body is just that – a body. A shell. Knowing that and feeling that are two different things, however. Death hag and true crime fan that I am, we pitstopped on the way to Atlanta to St. James Episcopal cemetery in Marietta, GA yesterday to pay our respects to the late JonBenét Ramsey. Her name evokes such an image – I think the majority of us have memories attached to her. The only thing I can say is that being there … it felt surreal. I wish I had a better word, but that’s it. It felt bigger than I could understand.

JonBenét rests in a peaceful corner of a quiet cemetery in a town that passes her by without a second glance – it seems almost laughable, considering her un-lived years have been rocked by near-constant controversy and scandal. With her half sister, Beth, and her mother, Patsy, nearby, she is Just Another Little Girl. Gone too soon. You could hardly believe you were standing over the shell of one of the most horrifying moments in the history of our nation, and truly, of time. It seemed almost inappropriately quaint, but maybe that’s the point. I don’t know. None of us do, do we?

One thought on “A GIFT TO HER FAMILY AND THE WORLD”