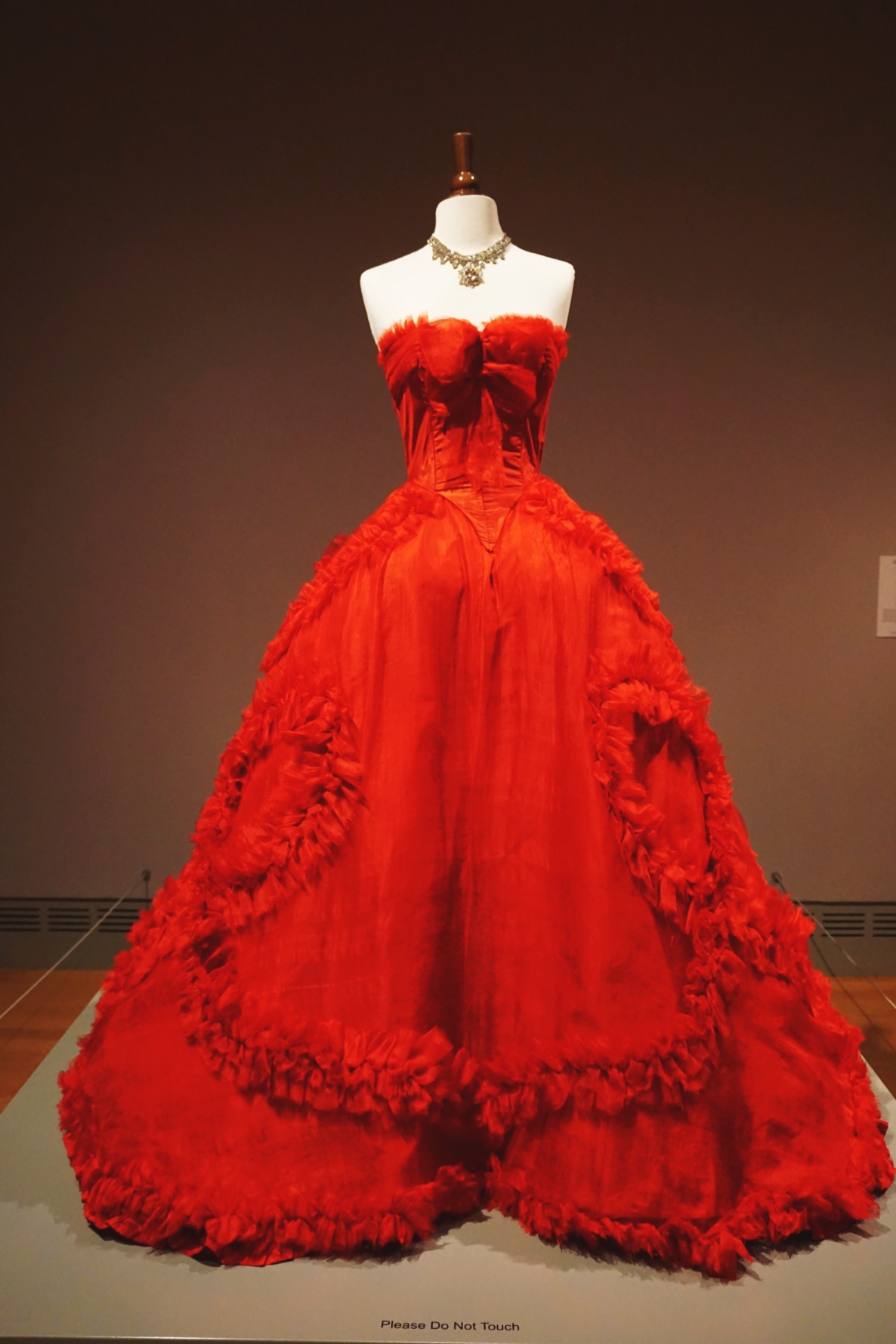 Last month, Tyler & I went for our second visit to the Columbia Museum of Art in, you guessed it, Columbia! Man oh man, what a gorgeous place with so much to offer. Seriously – you’ve absolutely got to check it out.

The first time we visited was in November of last year, and I gotta give major props to them – for a pretty quick return trip, there were already a lot of new and exciting things to see and explore that had popped up in just that short amount of time.

Most new & notable: the CUT! Costumes & the Cinema exhibit, which was expansive and luscious and overwhelming and absolutely more beautiful than you could believe. The artistry that goes into costuming for theatre and cinema has long since been an interest of mine, and to get to see these exquisite works of art virtually in my own backyard was a true gift. Fortunately they did let us take photos, so I took some to share with all of you! If I get some of the movies or actors/actresses wrong, please correct me – I am only one fool who forgot to take notes.

Read on for more pictures! 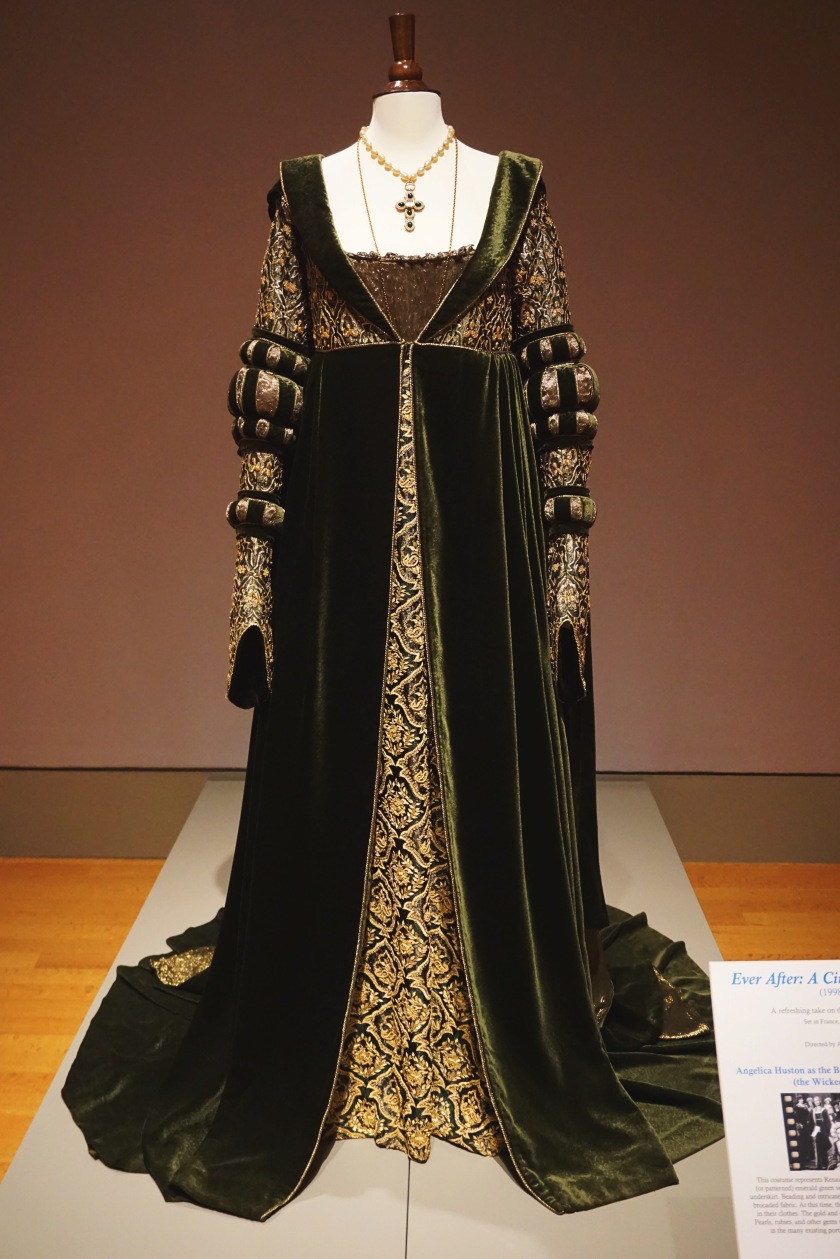 Let’s start off with a bang. Dress worn by Angelica Huston in the movie EVER F*CKING AFTER, which is arguably one of the best movies of all time. “JUST BREATHE” !!!!

R: Johnny Depp’s costume from Pirates of the Caribbean: The Curse of the Black Pearl. NBD. I’m fine. You? 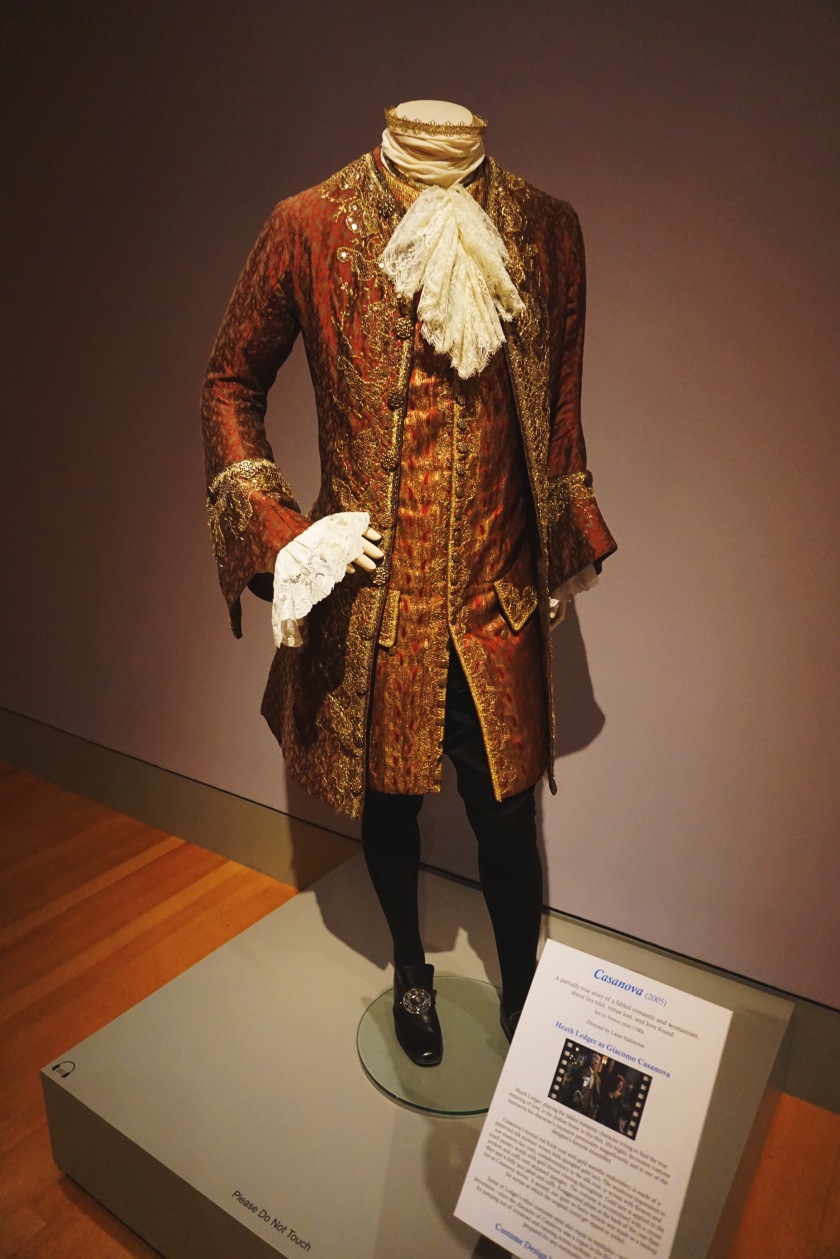 Wanna sob a little? This is Heath Ledger, from Casanova. Ugh. My heart. My heart. 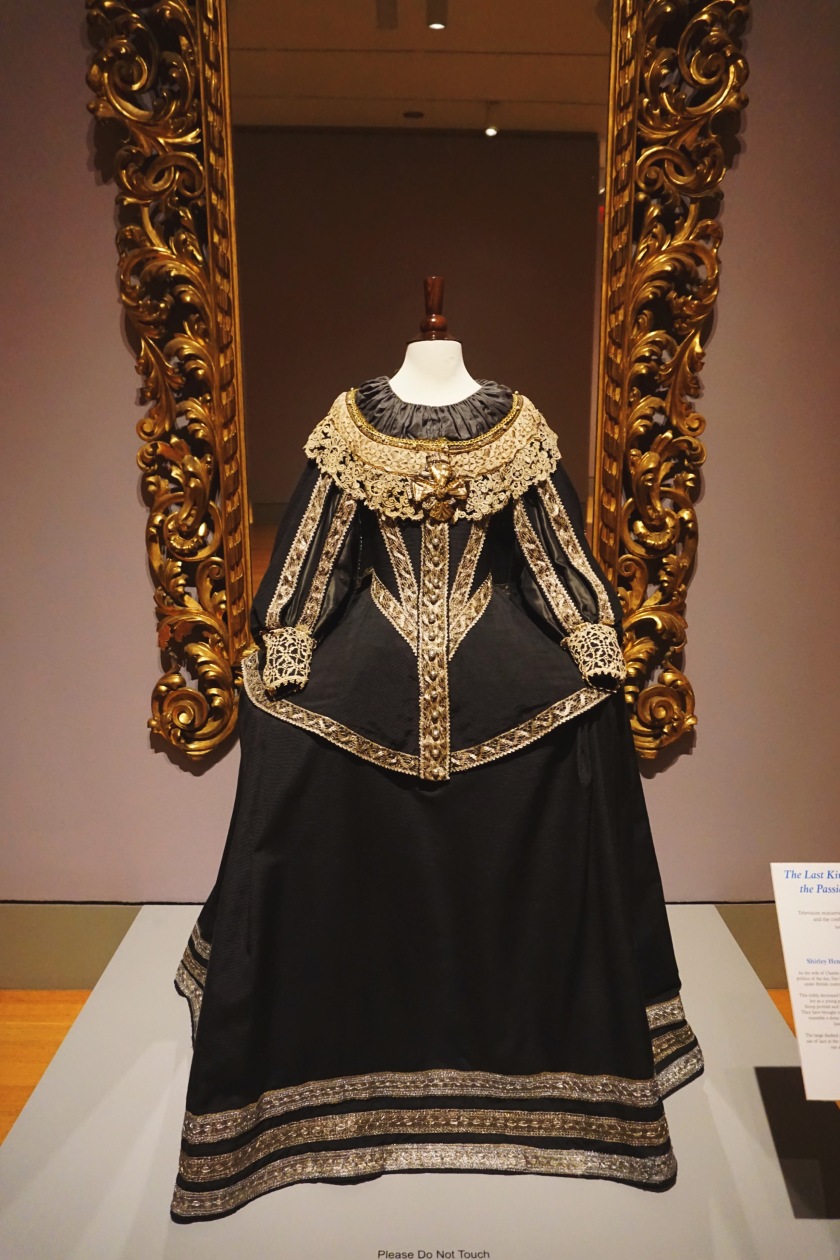 Shirley Henderson wore this bad ass thing in the miniseries The Last King: The Power and the Passion of Charles II. 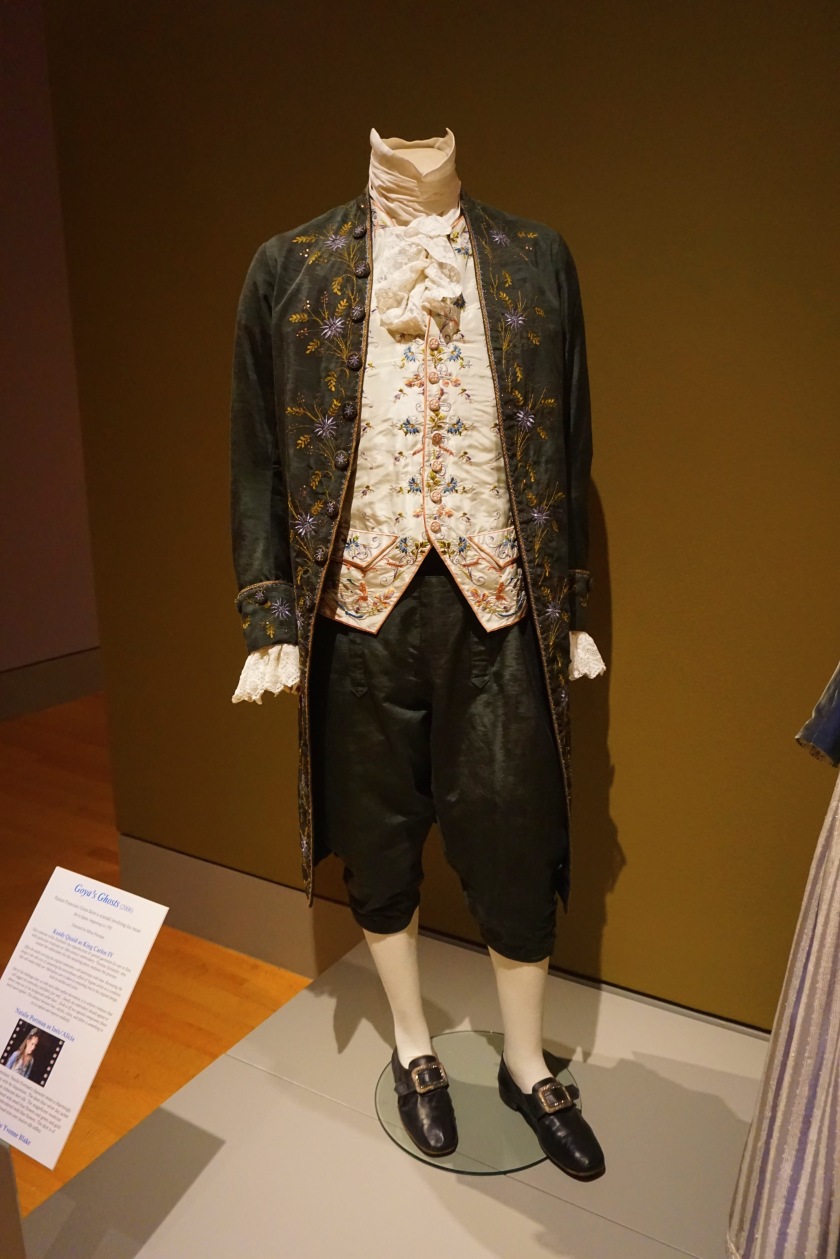 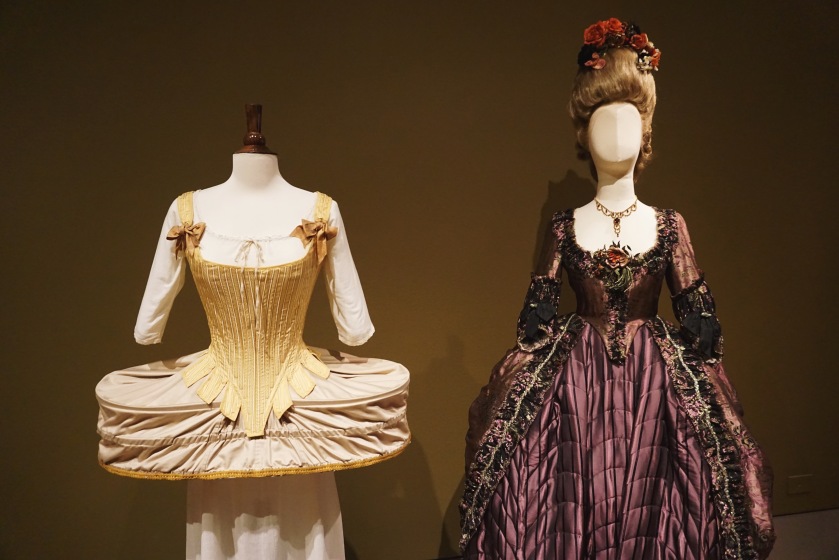 An example of undergarments necessary for a costume like this, which was worn by Keira Knightley in The Duchess. Check out the closeup of that bustline. Gorgeoussss and so much detail. 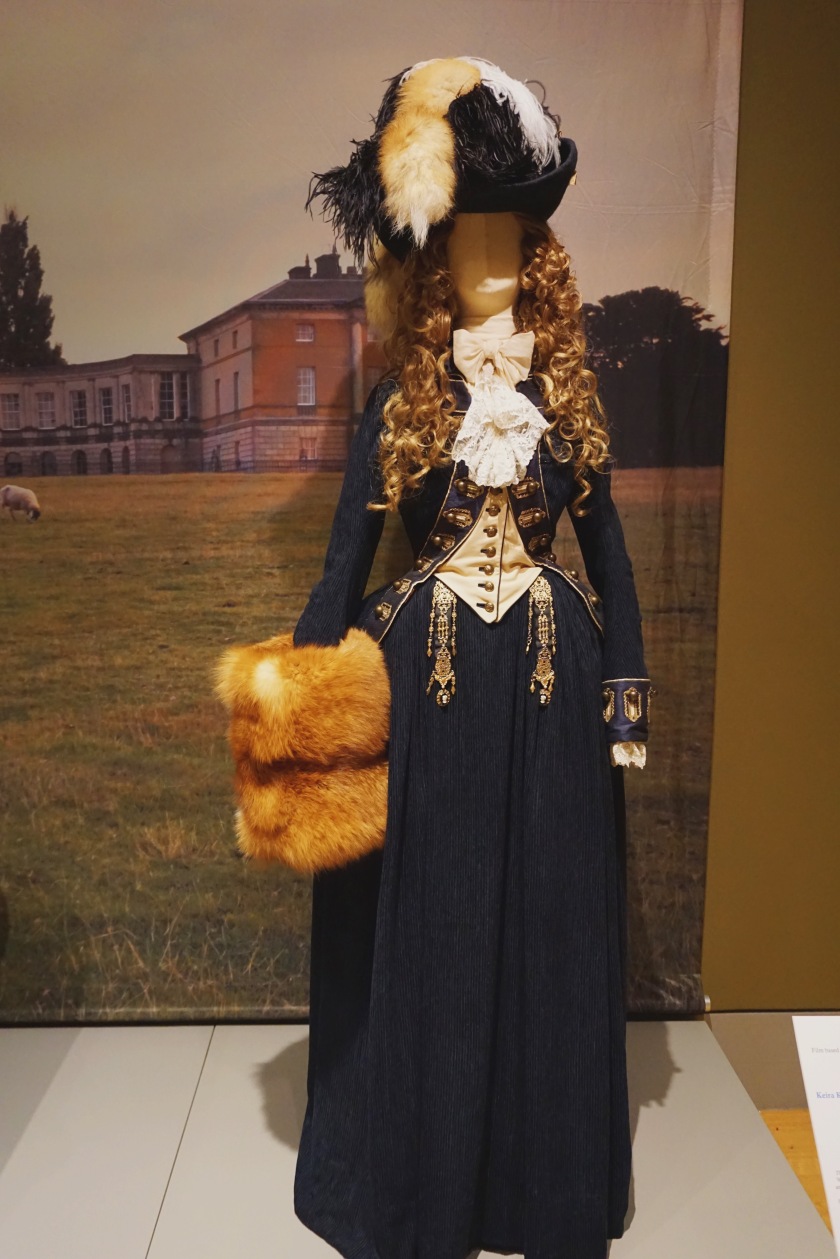 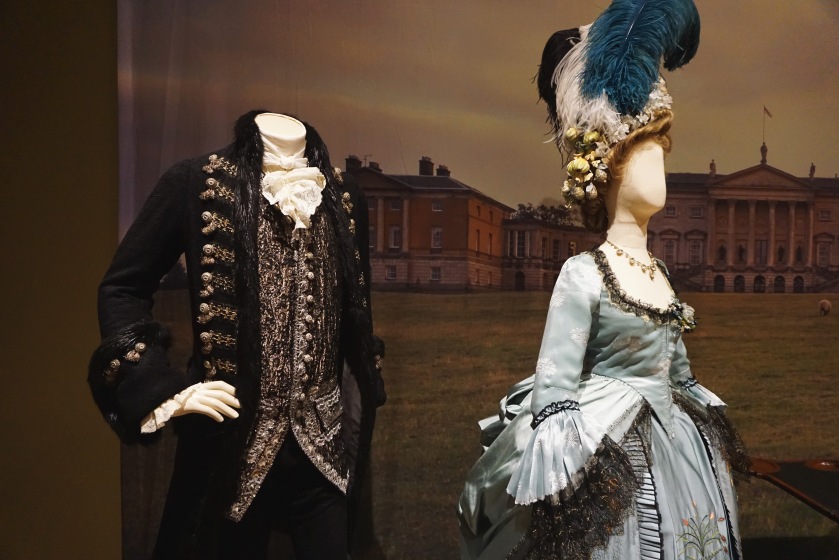 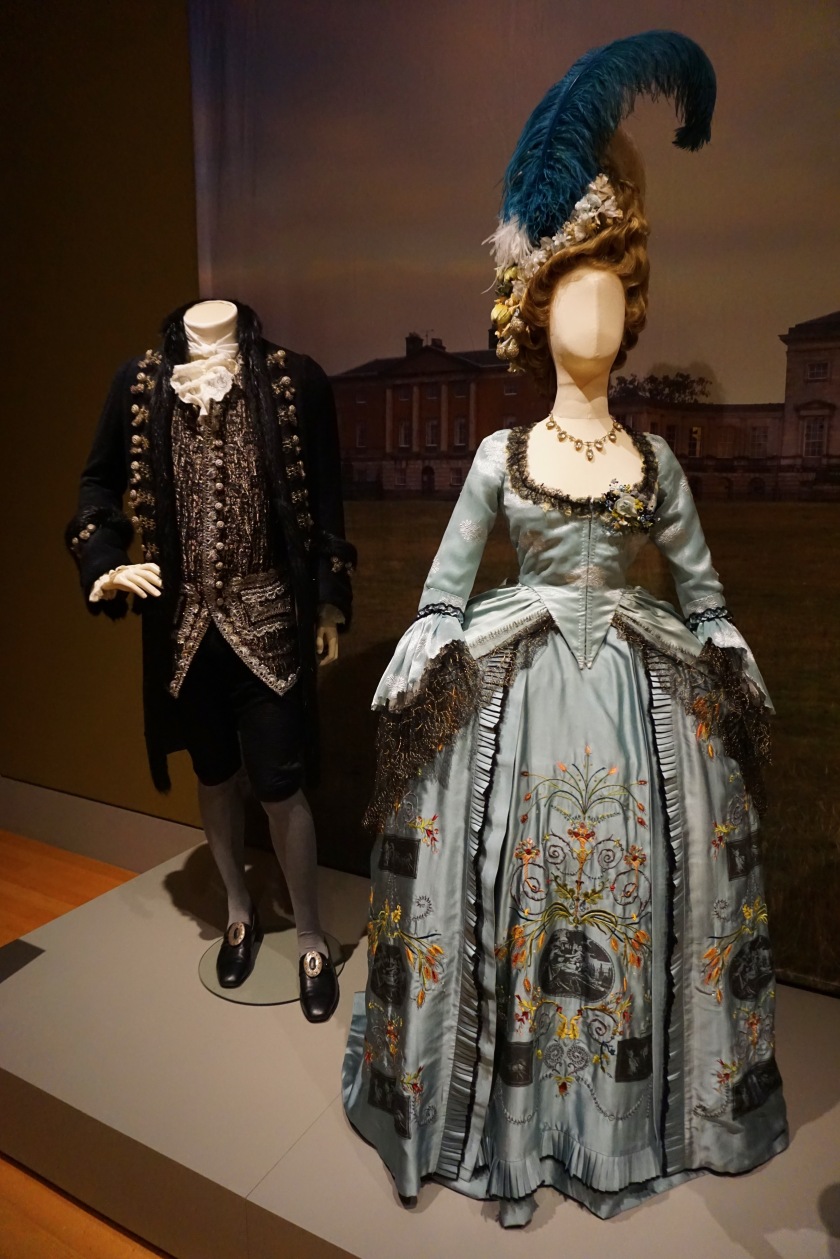 More total gorgeousness from The Duchess. The exhibit featured this film and its costumes the most, undoubtedly. The dresses are again, Keira Knightley, and the fella? Ralph Fiennes! Meow! I LOVE her skirt on this piece. UGH. To die for. 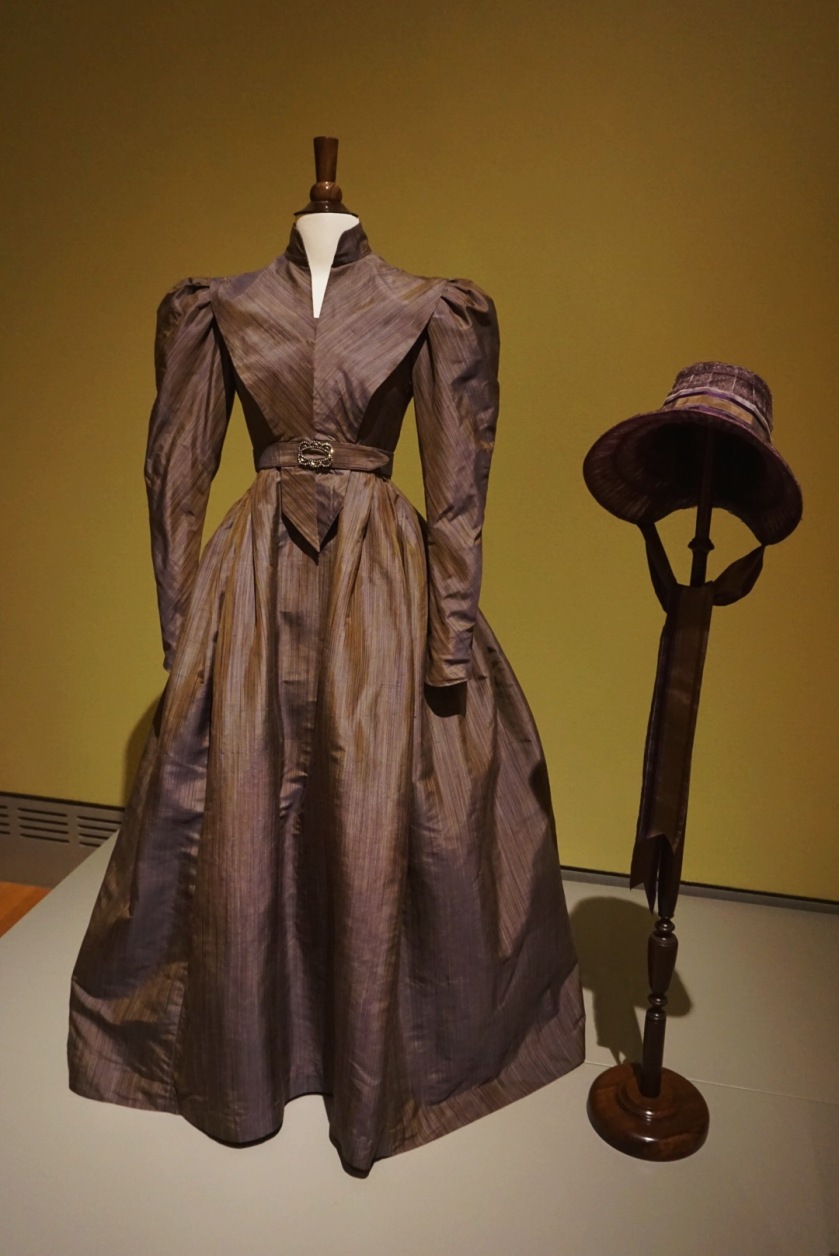 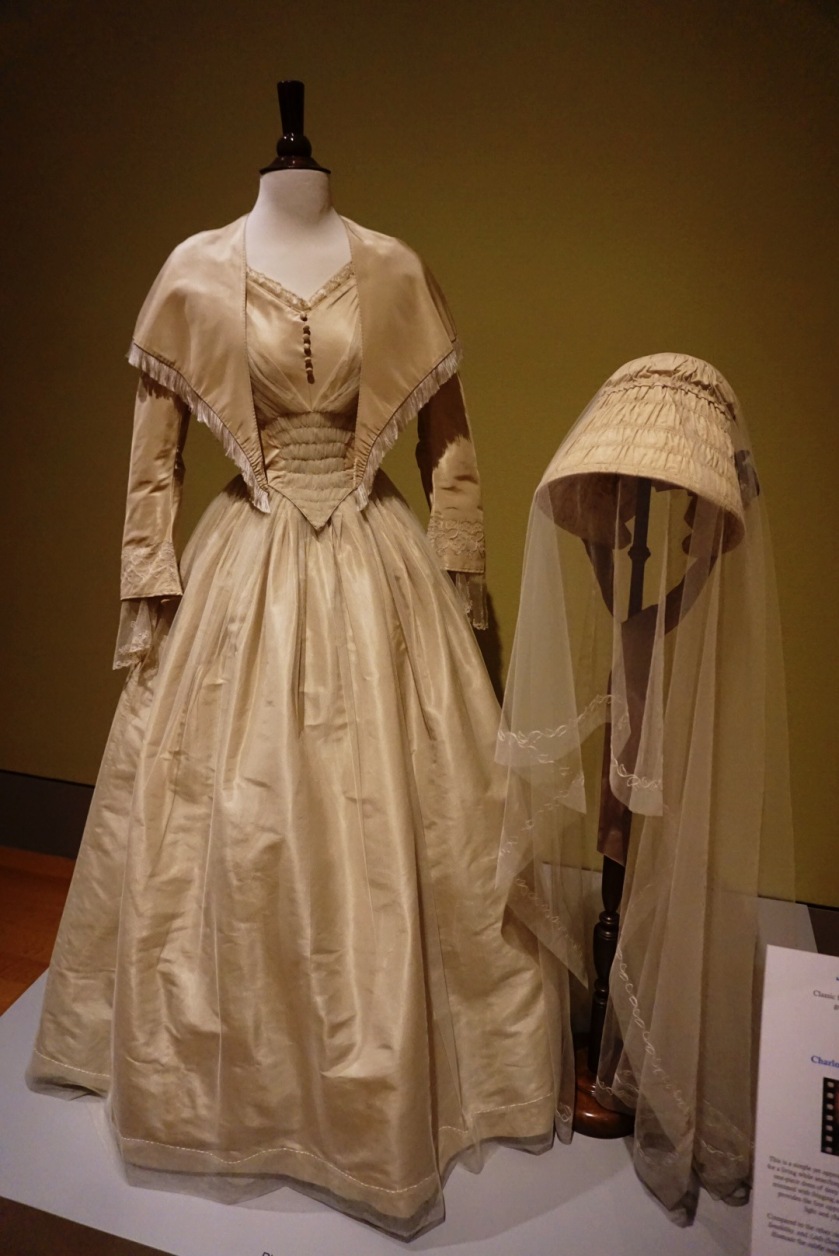 Examples of structure and padding for period costumes 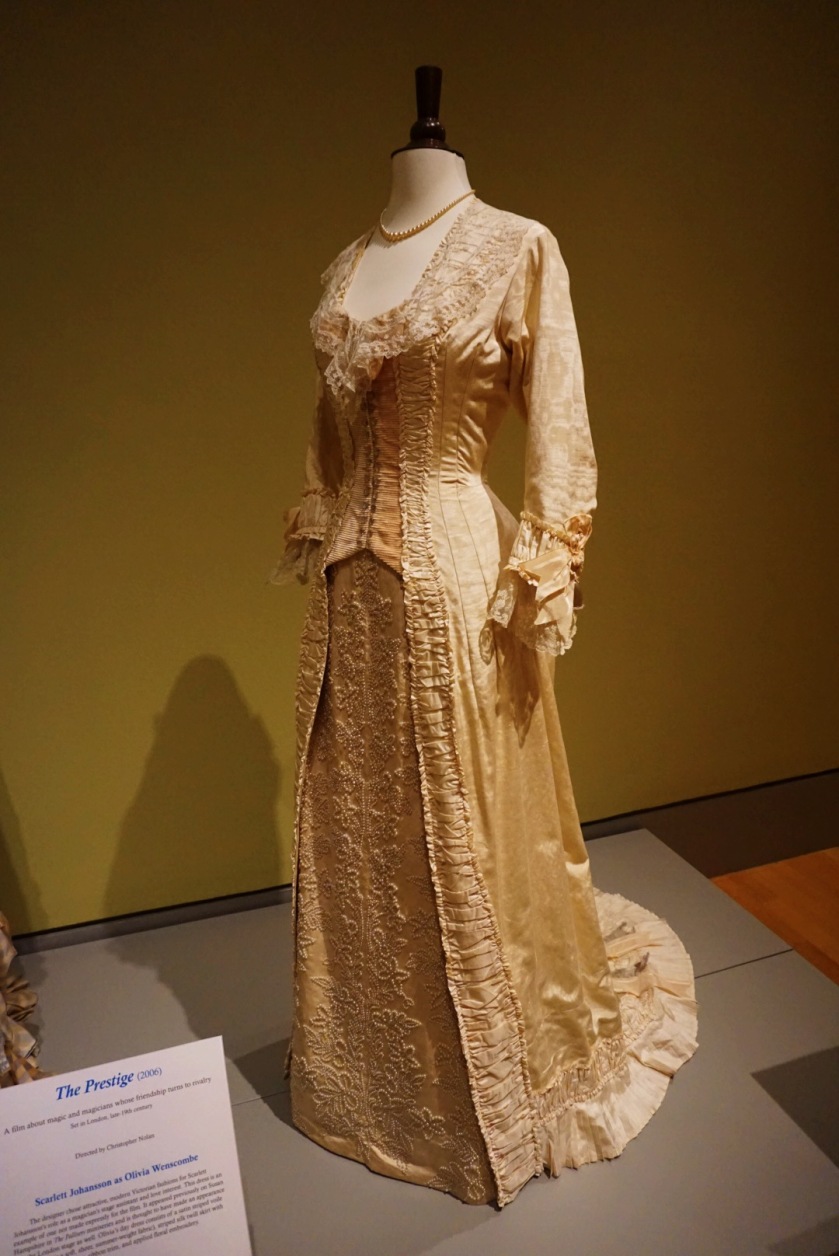 Nicole Kidman in The Portrait of a Lady!

This dress was worn by Scarlett Johansson in The Prestige, which I actually recently saw (and loved!) for the first time

I believe this was Renee Zellweger in Miss Potter.

Radha Mitchell, Finding Neverland. Which brings me to ….

Kate Winslet from Finding Neverland – this easily ranks in the top five of my MOST WANTED TO STEAL list. 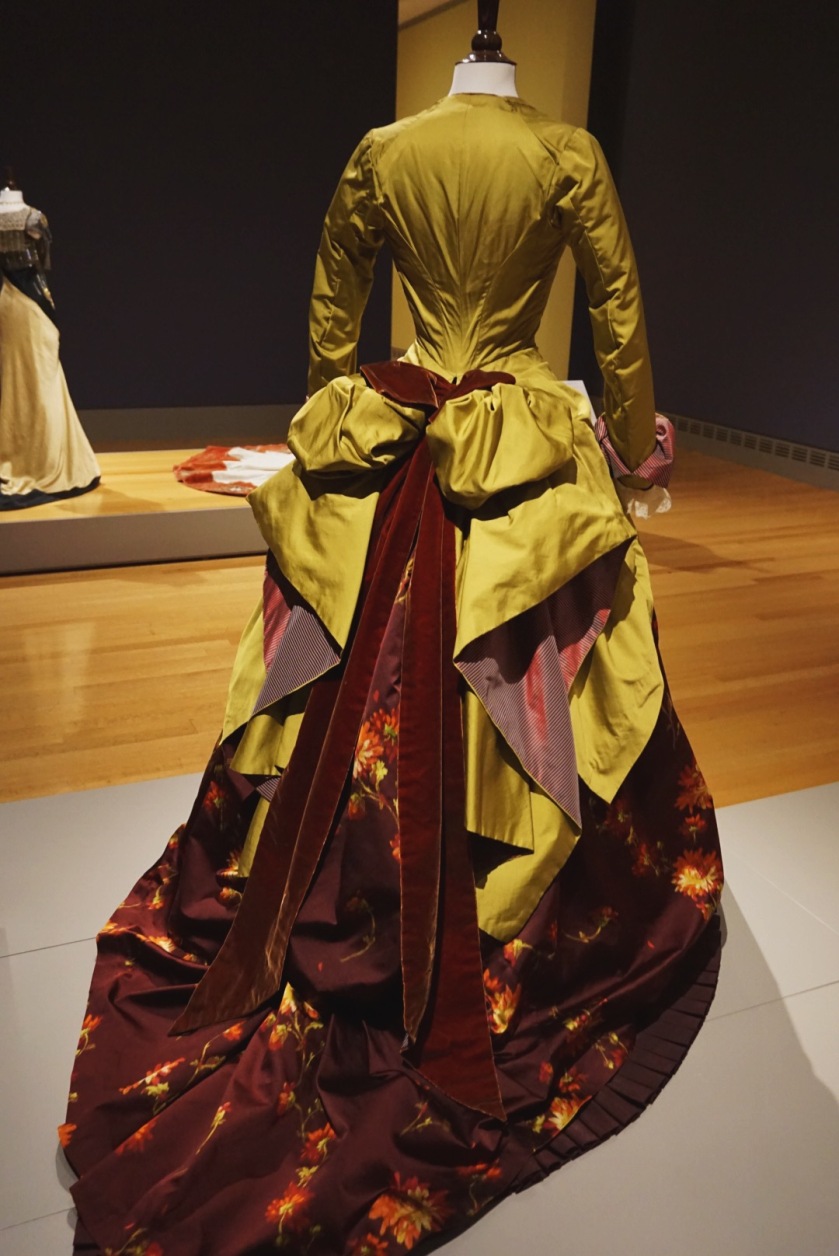 Whitney, G, these are for you – the Phantom dresses. Audible gasp when I saw these puppies in person, no kidding. Worn by Emmy Rossum in The Phantom of the Opera. Sigh. 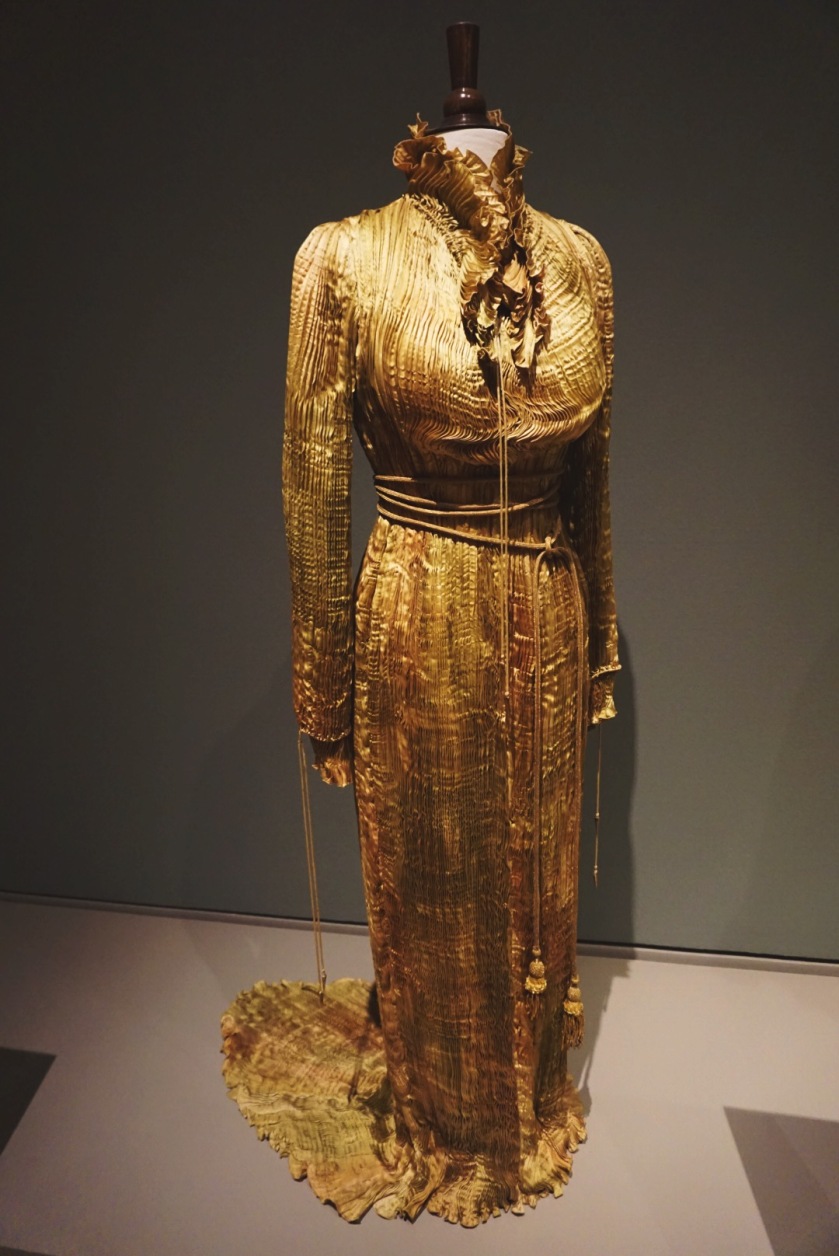 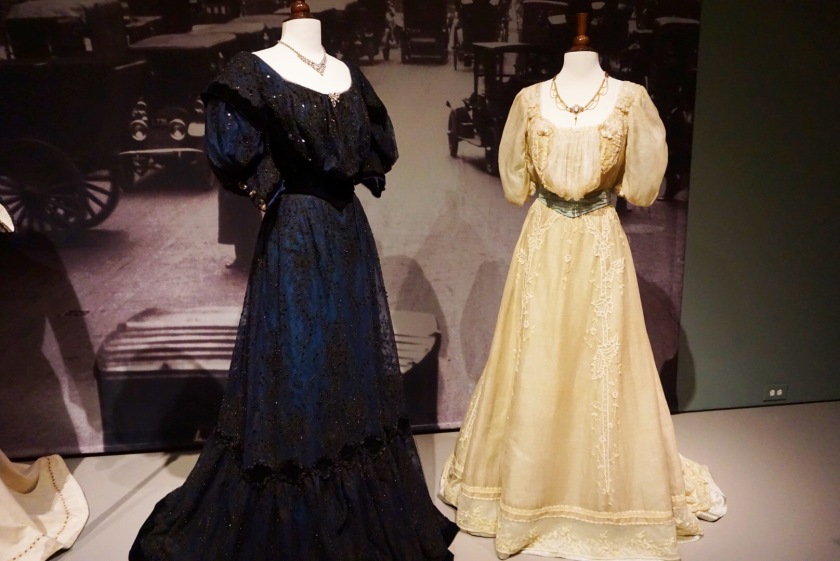 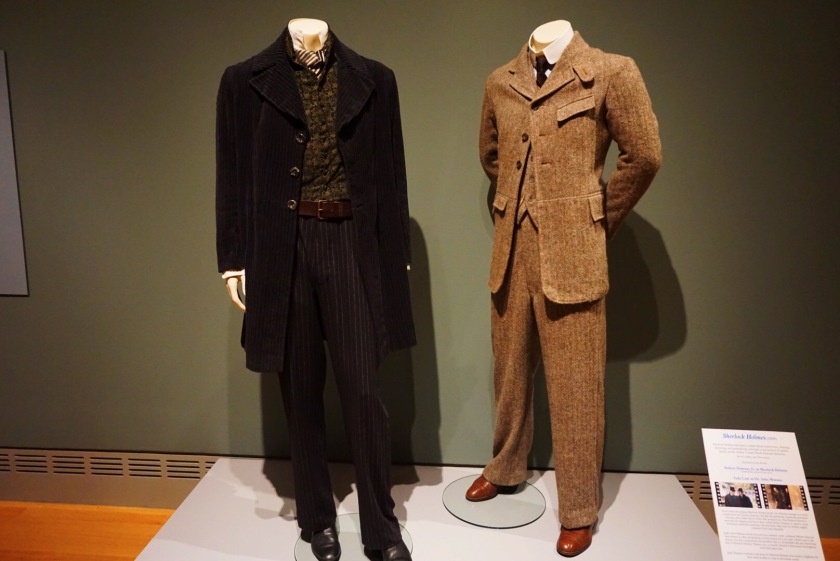 JUDE LAW’S WANG HAS BEEN IN THESE DRAWERS

Did I make a total pervert of myself? Did I sniff the air around the clothing like an essence of Jude would appear in a cloud of glitter and vanilla marshmallow scent? Did Tyler graciously just let me do these things because I NEEDED IT? 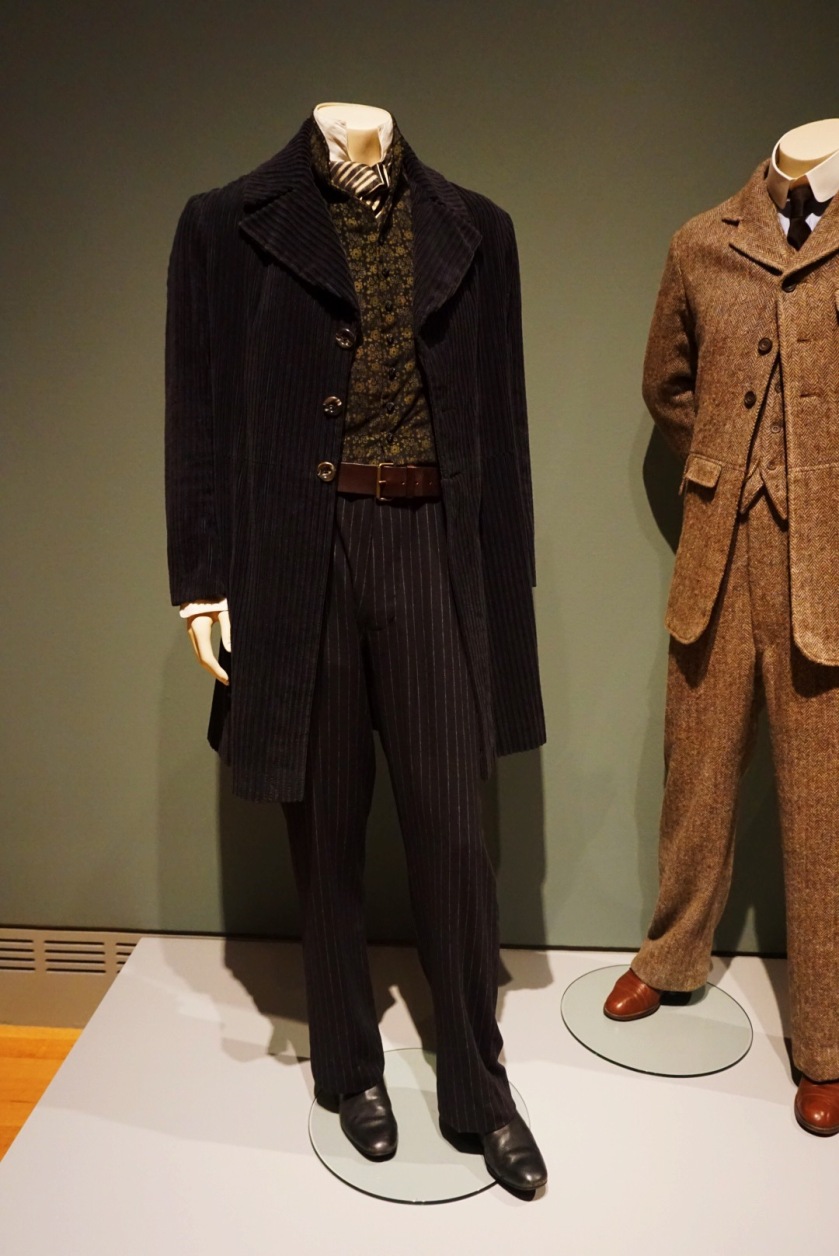 Amy Adams in Miss Pettigrew Lives for a Day!

Sandra Bullock in In Love and War 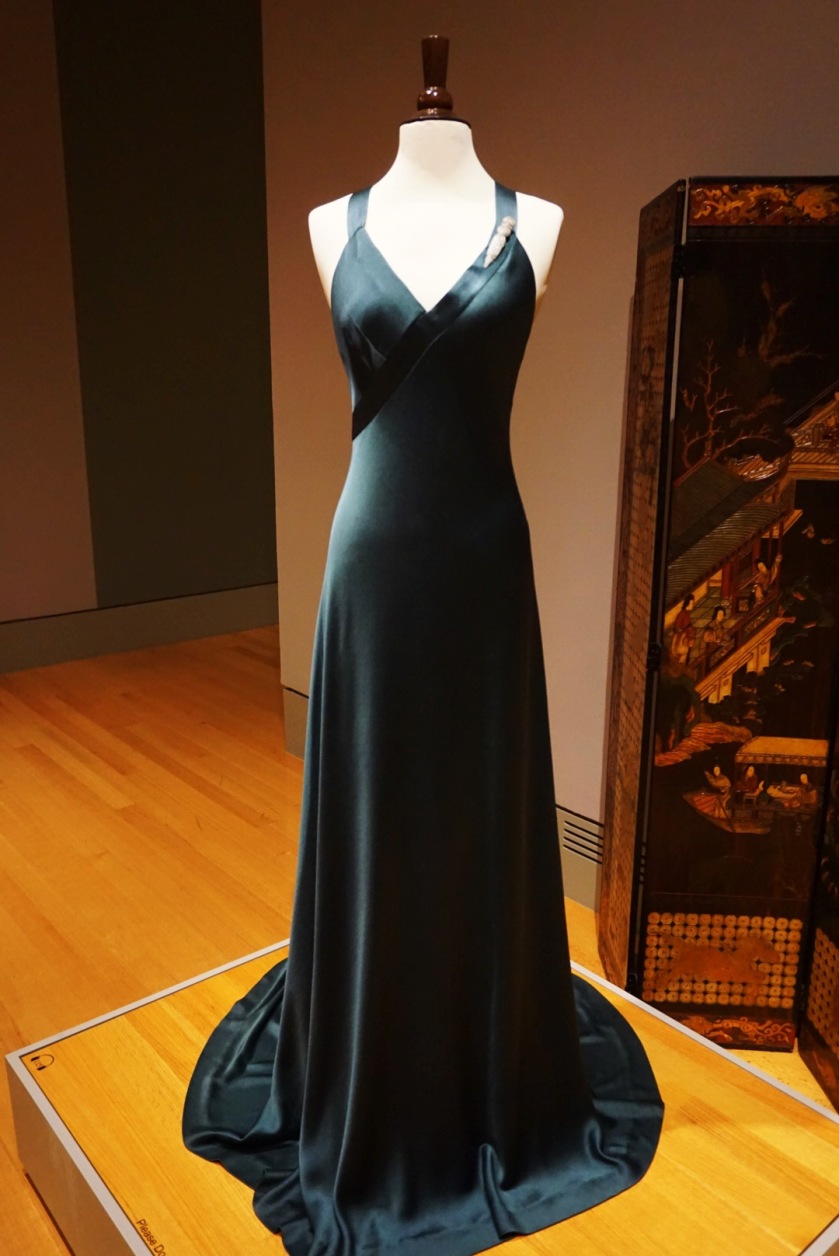 Natasha Richardson in The White Countess, bless her soul. 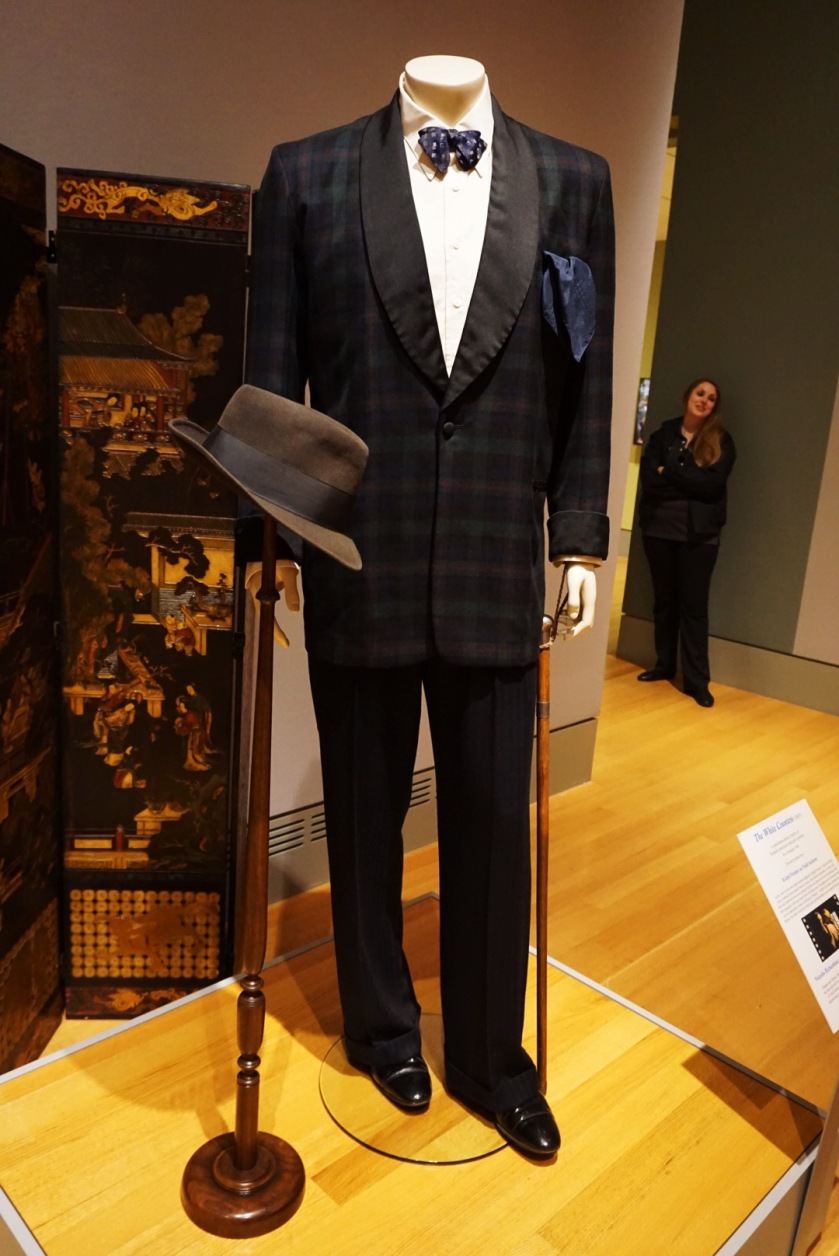 Last one, another Ralph Fiennes, in The White Countess, and Some Museum Employee in Her Job!

I hope you guys enjoyed all the photos! It really was most thrilling, and I’m surprised I didn’t go to prison for stealing Jude Law’s pants. Bye!

3 thoughts on “CUT! Costumes & the Cinema”