I know you have all been sitting at home crying out of misery and agony, just waiting for me to post my next installment of my last Disney-venture (lol), but OMG if school and work could just chill for a minute, that would be great. Things have been so busy, I expect my head to fly off any minute.

Anyway! Gonna do this post in two parts. First part will be randomness around Magic Kingdom, the second will be solely focusing on the Festival of Fantasy parade. So, without further adieu, this is day 2 (pt.1)  – MAGIC KINGDOM!

Our morning started out just like every other Disney morning – promising each other the night before that we would get up early enough to be there when the park opened, sleeping through our alarms 500 times, lots of grumbling and complaining, emergency trips to the bathroom, highly caloric Mickey shaped breakfasts, and whining about the Florida weather. The usual.

Because she is the best, Tifni took the day off from work to spend with us at Magic Kingdom. Also because she is the best, she gifted me a pair of matching ears that we wore together all day – since she & I met through instagram, one ear had our insta handles on it, and the other had Minnie & Daisy taking a selfie. All hand painted by Tifni & the cutest damn things EVER. We had also pre-planned our outfits so that we would be lookin’ precious all day long (as long as you were able to ignore my sweat mustache). Anyway, she came to our hotel after breakfast to meet us (YAY!!) and we bussed on over. Though it was hotter than 40 hells outside, it was a really gorgeous day, and it wasn’t exceptionally crowded, so BONUS.

First stop for these kitty girls: we had to say hello to Marie. And I’m SO glad that we did, because she has since been replaced by STITCH, which is a hateful a cruel joke, if you ask me. Not that I don’t like Lilo & Stitch, but I got burned three times by a blind box incident wherein I kept only getting the same Stitch, and frankly, that is when the magic left me.

(Robyn & mom opted out of this photo opportunity, but there were there with us in love and spirit and kittykraze)

If you can’t see Tifni’s dress clearly, IT HAS CATS ON IT and is the most precious thing ever. Marie seemed to love us, but frankly, she always loves Tom more. Every time they see each other, it gets really poignant and romantic.

See what I mean?

Barf-a-roni at this photo quality tho.

It is at this time that I would like to point out two things: yes, I know how awesome my dress is, because frankly it thrilled me so much that I didn’t even care if I went into the parks at all, just so long as I could wear it all day and twirl around like I was a star of toddlers and tiaras – and 2 – yes, I totally ruined my dress’ aesthetic with sneakers. YOU WALK 14 HOURS IN A DAY AND COME BACK TO ME AND SAY SOMETHING.

Next, before our adventuring truly began & before our hair went totally flat in the Florida heat, we went off to the castle to take some glamor shots!

All the boob sweat in the world was worth how adorable this photo is. 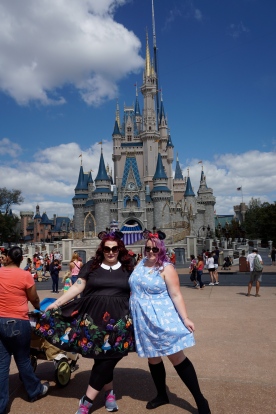 I call this photo series …. trying to take pictures and almost being murdered by a stroller. 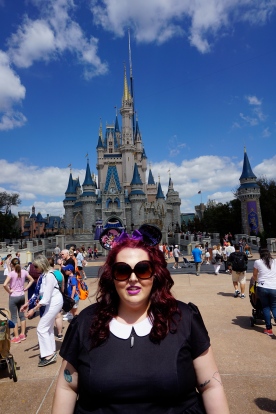 Like I said, I was reallllly stoked to show off my dress – so I spread that puppy out wide & proud. Then I realized that Tom had completely cropped my skirt out of the shot. So I died inside. 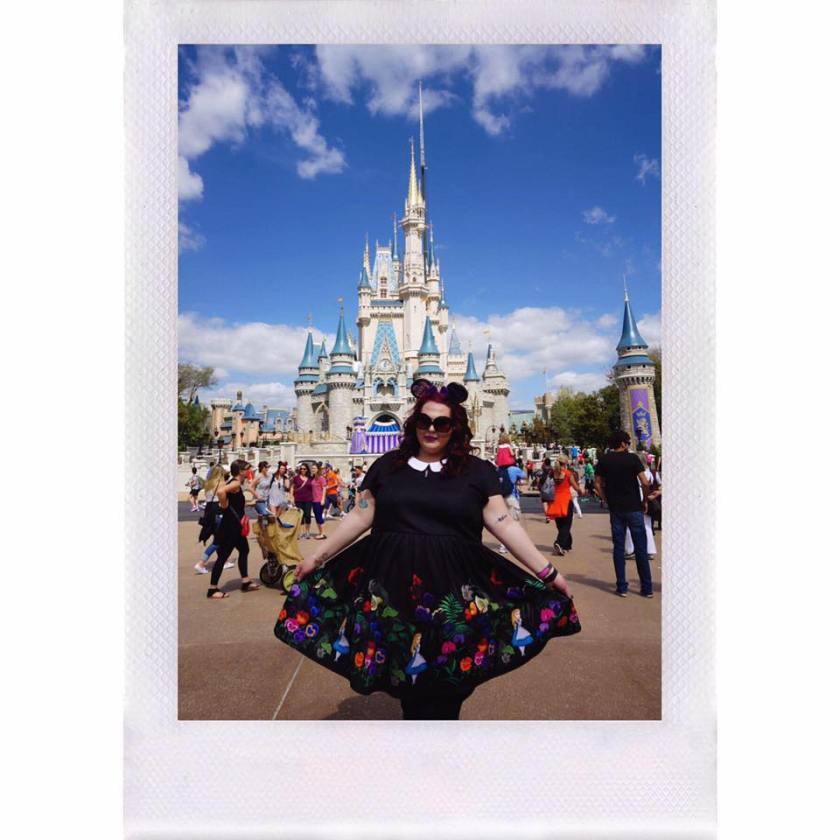 Though we finally got it sorted in the end. 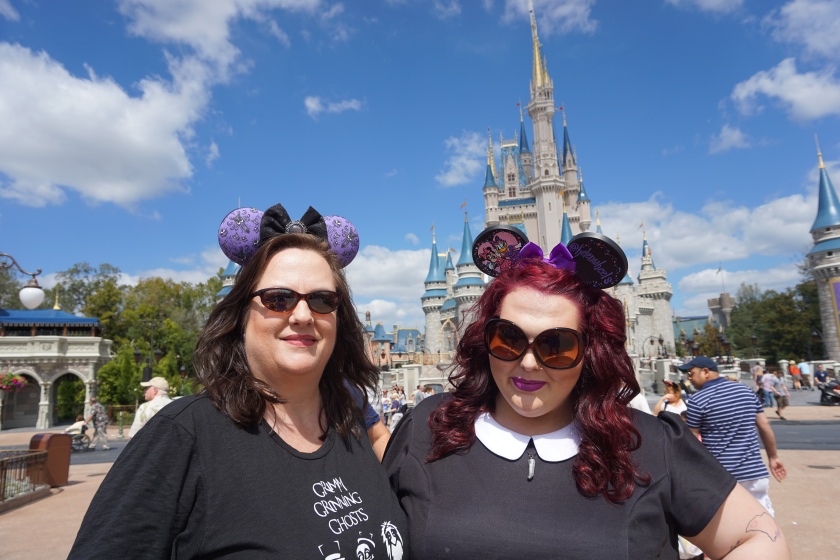 My beautiful mUUUUuther, all decked out in her haunted mansion gear!

A selfie to show off the detail in the ears that Tifni made for me! 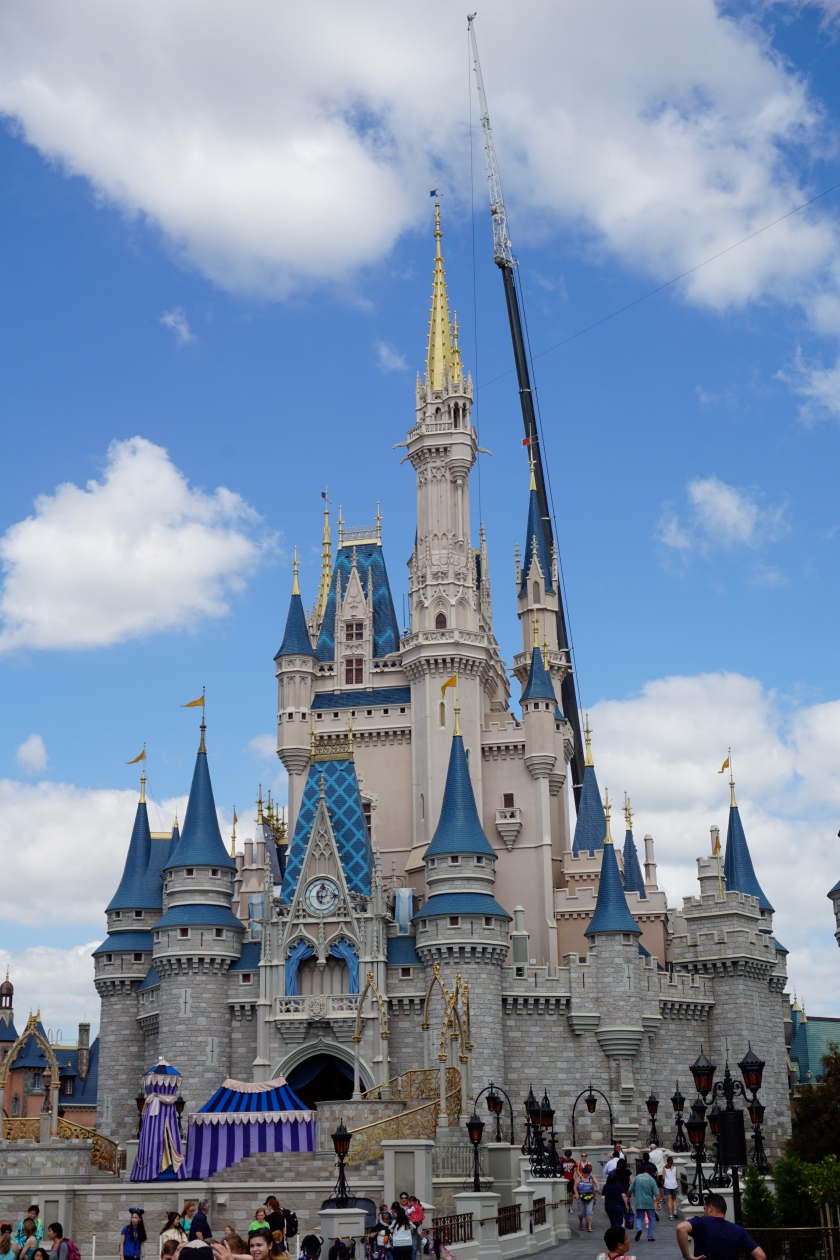 When the castle has the crane up, I literally pretend the castle doesn’t exist.

We watched the band play and made our way over into God’s greatest and glorious place, Tomorrowland! 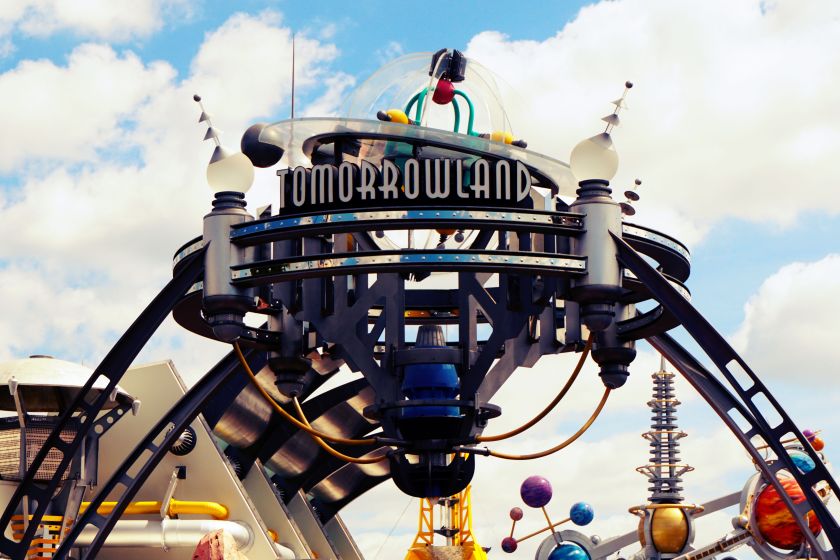 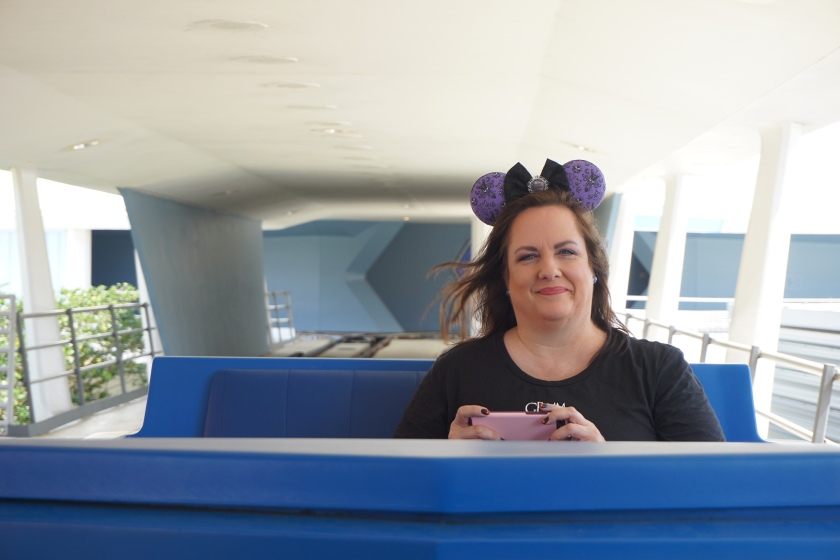 But most importantly, like dis. I dare you to bring me a cuter mother.

After the PeopleMover, a snack was obligatory:

Then we took a pretty lil walk to visit some of our favorite gals:

This was my first time meeting these cuties at the Storybook Circus, and I loved their costumes so much, it made me want to scream and stress sweat. So I did a little bit of both. 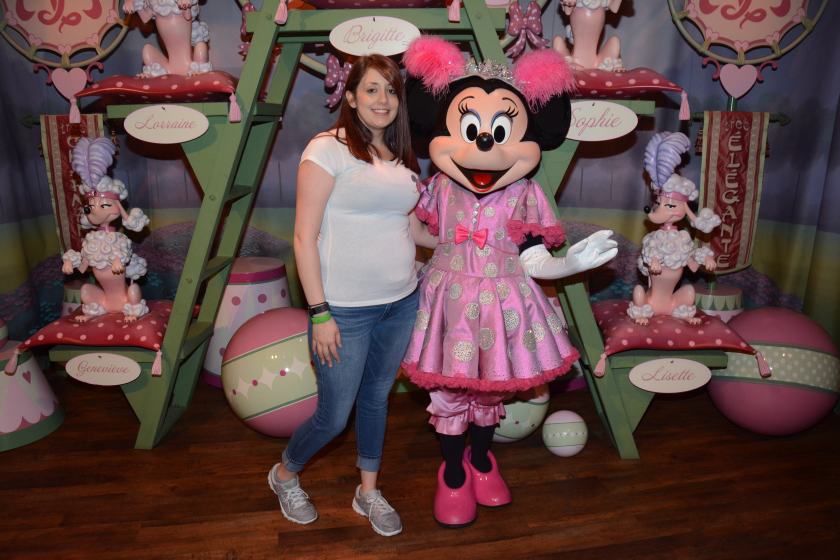 Robyn with THE LADIES. Tom was probably having a cigarette and my mother usually refuses to be photographed, so, moving on!

We spent the rest of the afternoon watching the Festival of Fantasy Parade (next post), meandering about, and having lunch. After lunch, we visited Rapunzel in her tower bathroom, and I finally found some damn hidden Pascals. Thats a lie. Everyone else found them and showed me. BUT STILL. 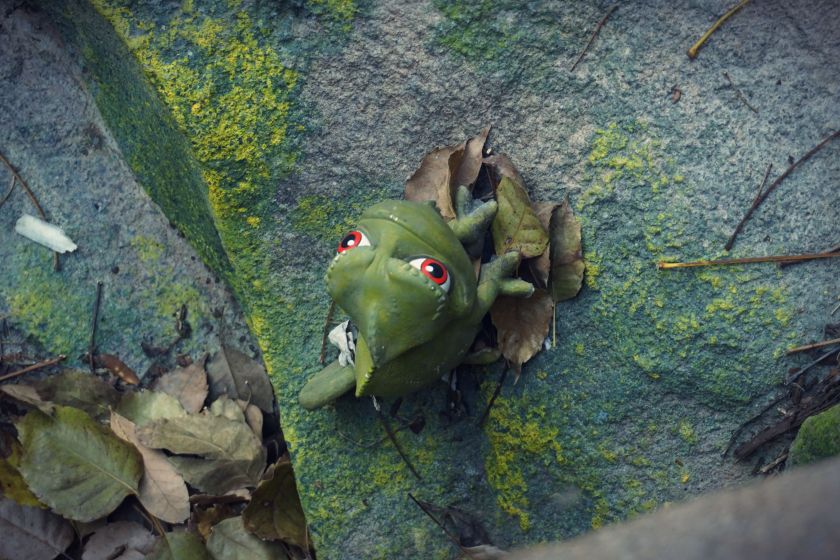 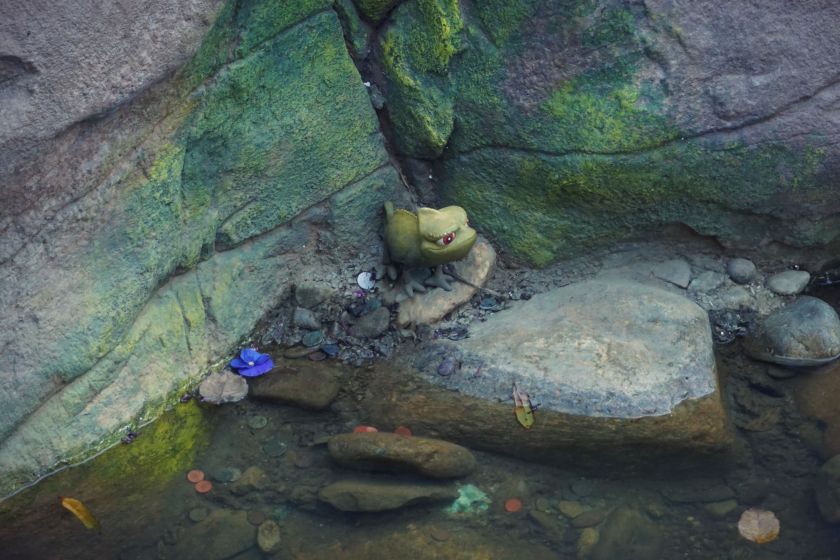 Sadly, Tifni was starting to get tired & was ready to head out – so we made two quick stops before she left.

Naturally. Two mermaid besties have to go see their queen, don’t they? 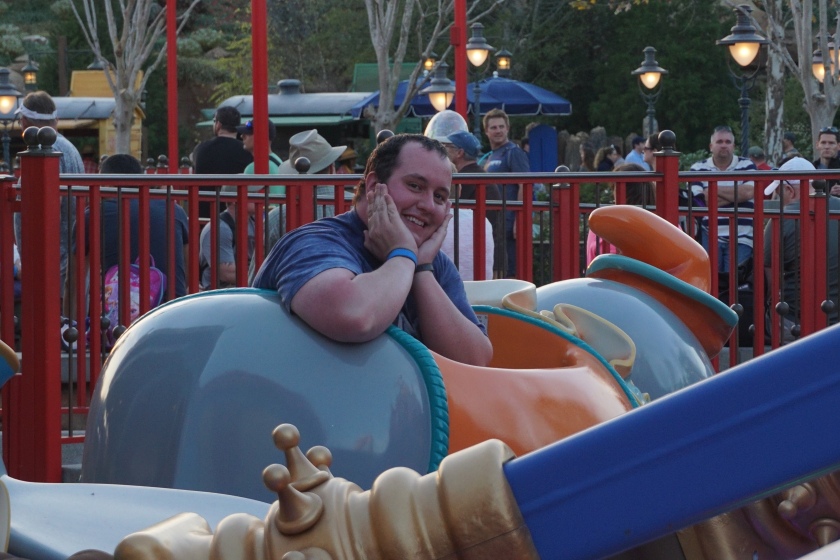 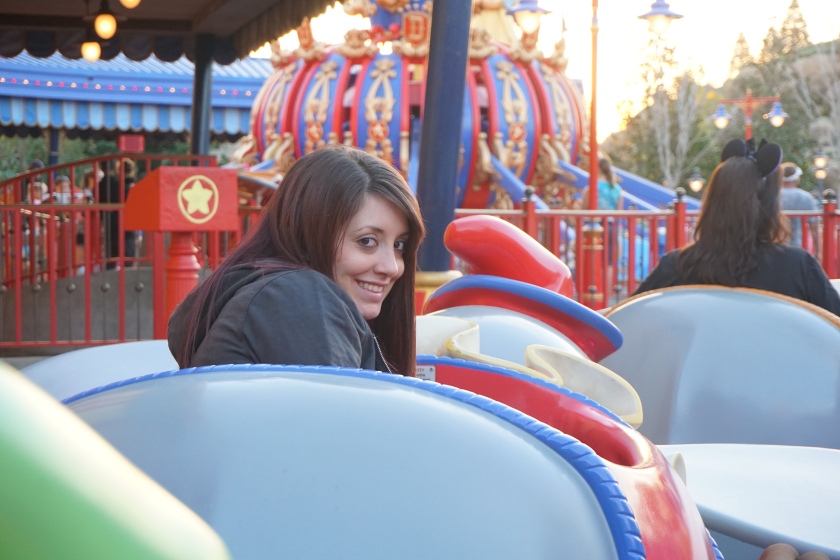 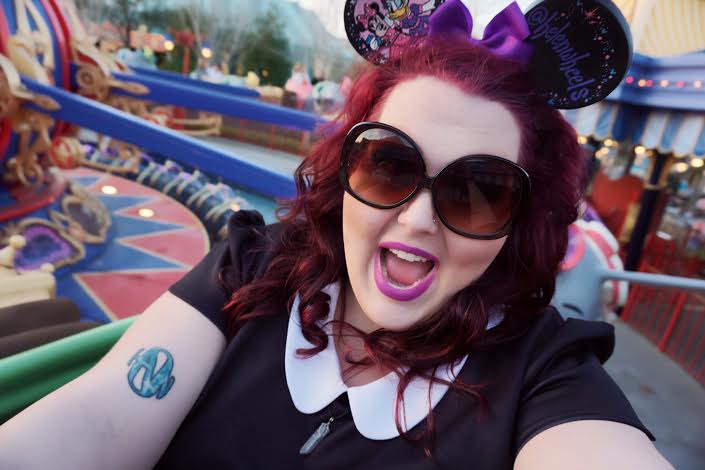 We rode Dumbo! Which was a first for everyone except for Tifni. And it was a hoot, really. Enjoy glamor shots of each one of us in an elephant. Especially Tom & Robyn, who I feel really took it to the next level.

Sadly after that, Tifni left us 😦 But fortunately, we got to see another friend later in the evening –

THE BEAST! At this point in the day, I had that frozen Britney Spears look on my face, but I promise I was having fun. I’m pretty addicted to Be Our Guest, tbh. Sorry bout it!

Anyway, so that was pretty much our day. The next post will be solely photos of the Festival of Fantasy parade – I just didn’t want to spoil the parade for any who may not have seen it. Expect it to be posted in 2 to 3 years, just like everything else. K bye!