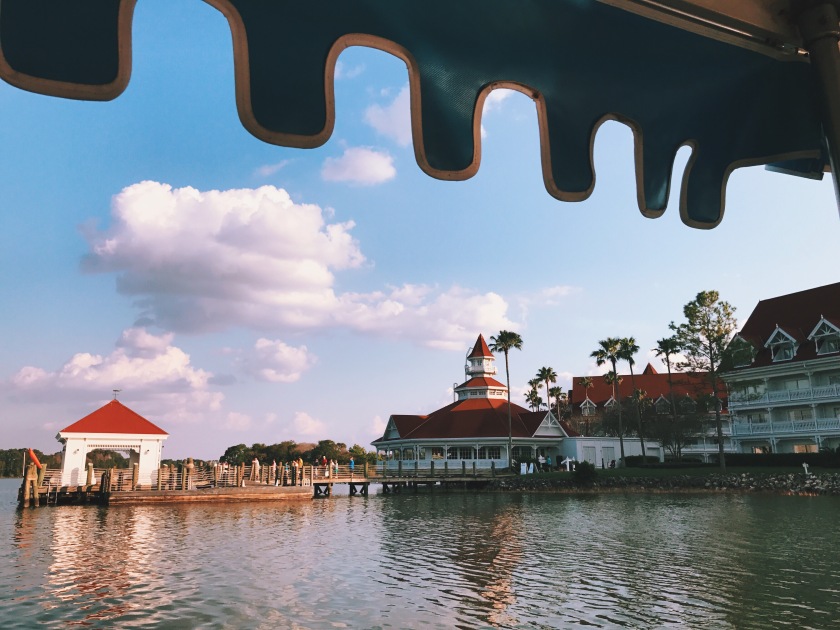 END_OF_DOCUMENT_TOKEN_TO_BE_REPLACED

As we usually do on DISNEY DAY!, we left Greenville around 5 AM and headed south for a relatively quiet drive to Orlando. Since we got a fabulous deal that we couldn’t pass up, we found ourselves back at All Star Movies (we’ve been staying at Art of Animation for the past year, save for a brief stint at Pop!), which I think is plenty nice and accommodating, unless you are a party of four adults who constantly have to poop and who are now being forced to share one single bathroom.

Ya know. That whole thing.

Anyway, I digress & I digest.  END_OF_DOCUMENT_TOKEN_TO_BE_REPLACED

Hi all! So, I’ve decided that the best way to share all of my Disney World photos and stories with everyone is just to blog about them, because I always hate feeling like some adult loser bombarding tons of Disney photos to people who don’t care about them. So, feel free to click on the DISNEY tag here for a comprehensive collection of all my Disney adventures!

So, let’s catch up on my last trip. First off: our arrival and dinner with Tifni & Josh!

This was our second time staying at the Art of Animation resort, and I’m a big fan of the place. For starters, I will go anywhere that has a create your own pasta bar, and those are just cold hard facts. Really though, AoA has such gorgeous theming – you totally feel like you are living the Disney dream the moment you arrive. As one could deduce by the name, it is alllll about modern Disney animation, and I looOooOove it. What I do not love is when I have spent 13 hours in the parks and my cankles are swollen and I have to hear the Miley Cyrus cover of “Part of Your World” for the 50th time in a day on the shuttle, but you know, whatever. Small price to pay for all dat fun.

So we stayed in one of the Lion King family suites, which was so cute I could have died. Robyn, Tom, and moi-self bunked up in the main room, and Mom smartly holed herself up in the single room. Here are some pictures of the room before we destroyed it with the tsunami that is our disgusting selves: 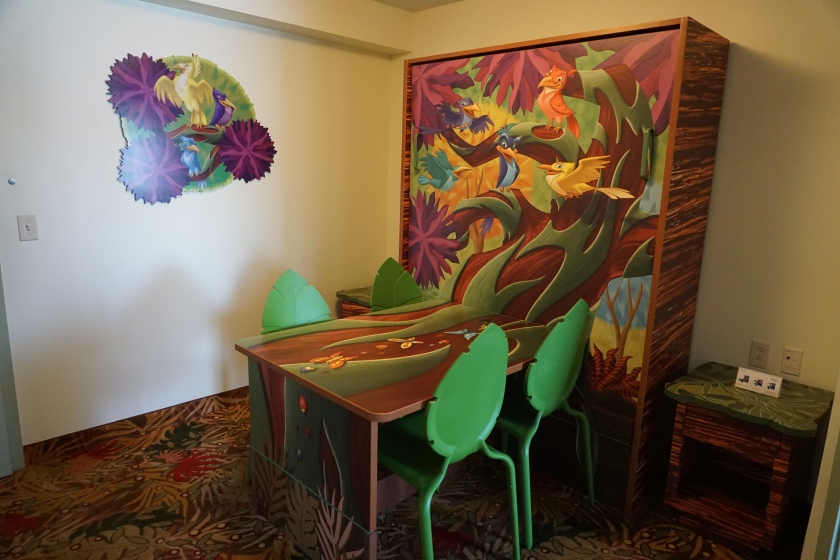 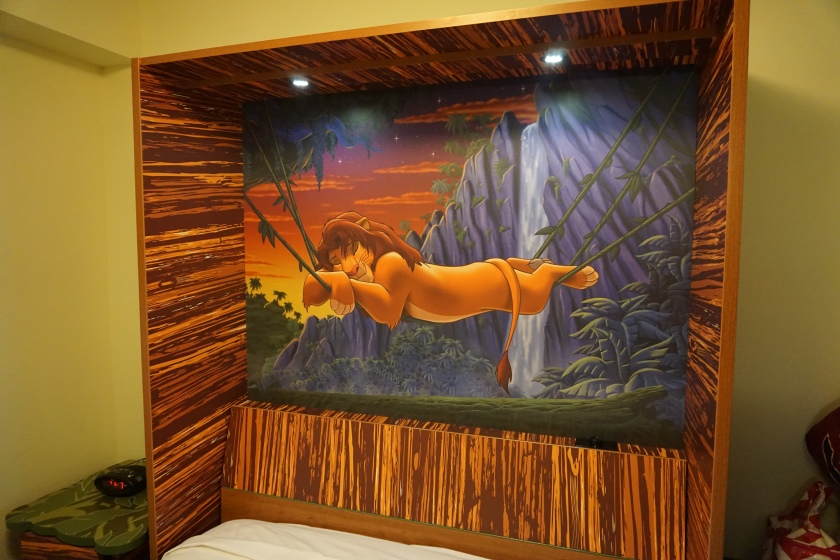 Some things to note – ALL OF IT BECAUSE HOW DAMN DARE IT BE SO ADORABLE. But really, it was super neat. The chair was a grub, for heaven’s sake! Robyn’s bed could fold into a dining room table, and mine folded back into a couch. Bless the versatility. And it all provided us the opportunity to sing The Lion King soundtrack all week long, and what could be better? NOTHING.

Moving on! Tom & I are big fat fatties who plan our entire Disney trip around where we want to eat (I am not kidding about this), and I caught a whiff of a place called Sanaa (over in Kidani Village at the Animal Kingdom Lodge) where you could a – order bread service (sold) and b – watch giraffes prance by from your window whilst you gorged (double sold) – so I booked a reservation for our first night in town. In the most exciting of news, Tifni, my IG turned IRL BFF, and her fiancé, Josh, came to have dinner with us! YAAAAAAS FRIENDS!!! UNITING IN HOLY FRIEND UNITY AT DISNEY! 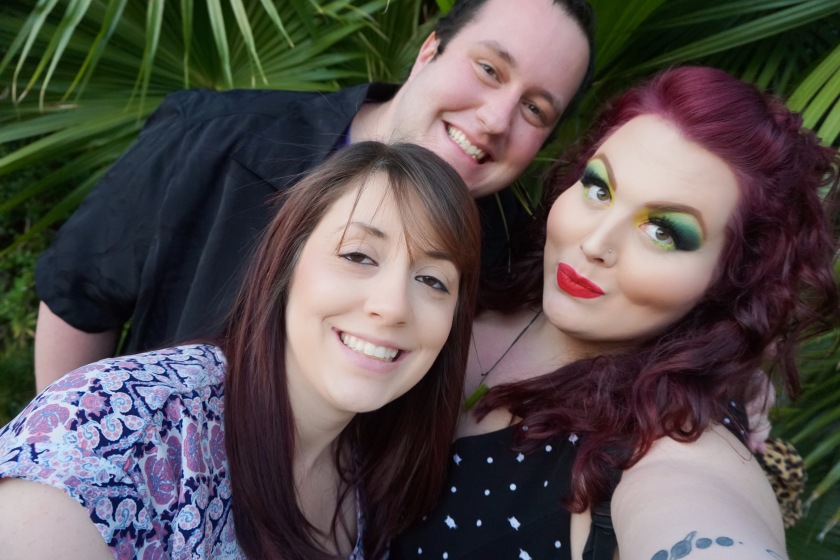 This photo is called “Foliage” in honor of us going outside for once in our lives.

This photo is called “I can’t even be modest, my makeup looked so damn good I deserve an award” 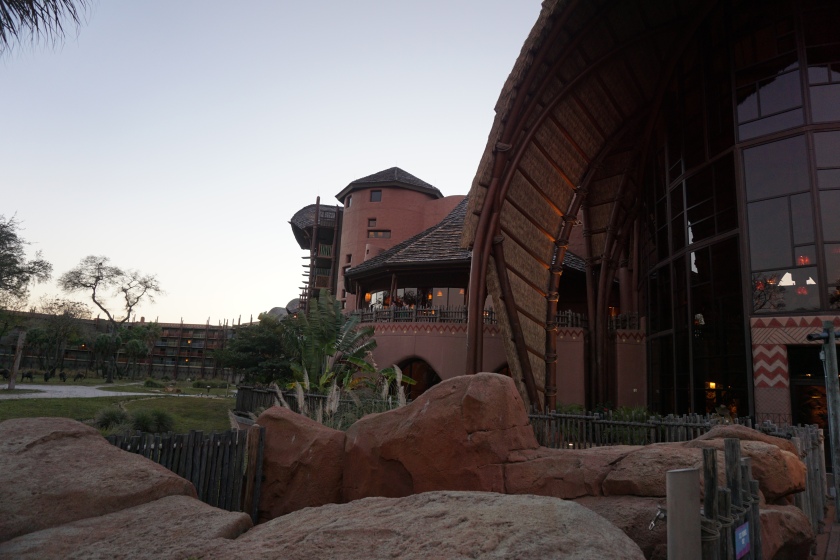 The giraffe is in this photo, but the redhead also in this photo wasn’t smart enough to change the focus. So make it a game – FIND THE GIRAFFE! 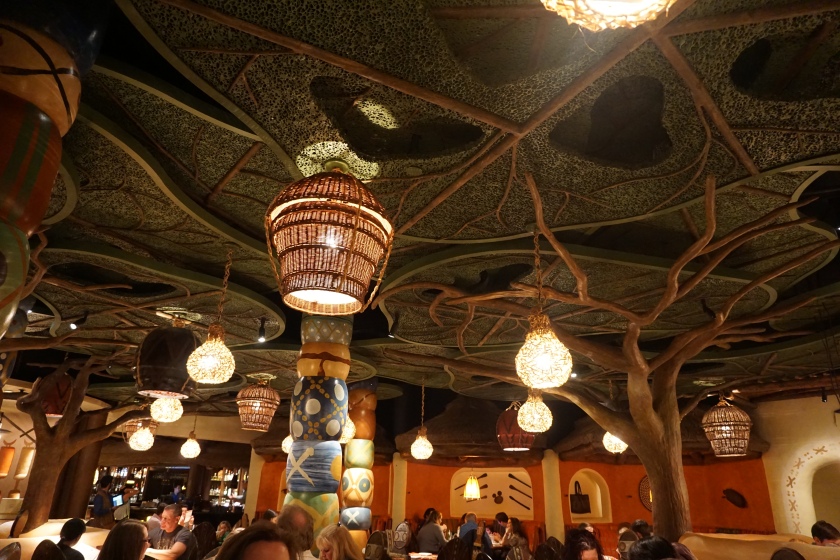 Sadly, Sanaa was kind of meh – I probably wouldn’t choose to go there again, honestly. I’m just trying to find the nicest way to say it made me poop a lot, but I guess there’s no sugarcoating that. Alas (earwax), as Alanis would say, “you live, you learn” – and I’m glad that we at least experienced it once! While the food wasn’t my favorite, it was a truly beautiful restaurant – I really dug the scenery – AND GIRAFFES APPEARED, AS PROMISED. I also dug that Robyn got a little boozy and made me laugh so hard I almost peed myself. Finally, and most of all, it was great to reunite with Tifni & Josh, because they are hilarious and awesome and anyone who is willing to spend an evening with us deserves a medal. Someone get those two a medal.

That time Robyn was everything.

Just a few supermodels paling around together in the AKL gift shop, as supermodels tend to do. You know how it is.

So that is it for our first night! Next up: DAY AT MAGIC KINGDOM WITH TIFNI!