Here’s the thing about fear: contrary to popular belief, you don’t owe anyone any sort of explanation about the things that scare you. For example: I think it is silly that my mother is afraid of snakes and that Tom is afraid of horseshoe crabs, but I’m not going to ever invalidate their legitimate concerns because it is THEIR fear to wrestle with, not mine – it isn’t for me to understand. I think horseshoe crabs are hilarious and I can’t possibly imagine what could be scary about them – and that’s great! But that’s me, not Tom. I know that no matter how many times I tell Tom “horseshoe crabs aren’t going to hurt you”, it doesn’t change a thing in his mind.

I’m sure many people think it is silly that I am afraid of graphic neck-breaking scenes in movies and television shows and that the idea of boarding an airplane is like a fate worse than death, but guess what? It’s perfectly valid, because that fear is real to me. And no amount of telling me “planes are safer than cars” or “but planes are so fun!” or any other helpful but totally misplaced tagline about air travel was going to fix that.

As much as I try to avoid airplanes, sometimes convenience wins. We decided to fly to Disney World this most recent time, simply because we had so little time. We were to fly out of Greenville at 8:20 AM and connect in Atlanta, have an hour and a half layover, and then fly directly from Atlanta to Orlando. We were scheduled to arrive in Orlando around 12:45, which cut down on travel time and the exhaustion that the car would have caused – because an 8 hour and some change drive can be a real energy suck.

In the days before the trip, I totally changed. My mouth constantly tasted metallic, my heart seemed to always be racing – I couldn’t watch television without getting nauseous immediately at a commercial for an airline, or at the mention of a plane on a TV show. All I could think about was IT  – it being the lack of control. The what if? The dizzying claustrophobia of being packed in to a metal bird with hundreds of strangers. The plane malfunctioning and us all being blown to smithereens – all elements that I couldn’t control. My mind spun so much in those last few days that I couldn’t even concretely focus on the element of discomfort I was feeling the most.

Alas,the long and short of it is that I did it. I flew. I’m not even really prone to having a huge fear of death, but when I stepped foot on that plane and buckled into my seat, I never thought I would see my family or friends or cats or (most importantly) makeup collection again. I was sick all morning long, sick when I handed over my luggage to a stranger, sick while we waited to board, sick when I looked out the window and saw the plane. I cried, I begged to somehow not be forced to do it, I told Ciera & Tom that I would go home and grab my car and meet them in Orlando, I did whatever I could to not get on that plane.

But I did it. And I survived it. And marvelously, shockingly – I KIND OF LIKED IT.

Did my friends holding my hands as I wept during takeoff help squash my fears? No, but it certainly did help to comfort me. Did the klonopin I popped fix everything? Sure didn’t. In actuality, what I found that helped me the most was just giving in. Surrendering control – and boy, that’s easier said than done, especially for me. I live for control. But somehow, when your back is pressed against the seat and that bad boy is shooting upward like a rocket, there’s a certain moment where you realize, hey, it’s too late now. You don’t get to control this part anymore. You can control how you react or how you behave, but that’s really it. Whether you like it or not, you’ve committed, and there’s no turning back, getting out, or quitting. And if you die, you die. And it’s really just that simple.

Coming to peace with this notion whilst hurtling through the air was pretty life changing, actually. As I snotted into my complimentary Delta blanket, I realized that this was a pretty cool opportunity to just chill the f out on some of the fears I heap on myself and go with the flow. I believe this notion is also commonly called “it is what it is” – and really, it is, isn’t it? If the plane crashes, if a terrorist is on board, well, it always would have been that way. There’s nothing I can do about THAT, except not focus on it until it (or if) ever becomes reality.

The other thing that really helped me was thinking about all of the many, many, many, many, many, MANY things that I have been afraid of in the past that I did and somehow survived – and how I eventually got past the fear. I YODELED IN FRONT OF JEWEL, for God’s sake. That alone should convince me that I could climb Everest. Before I started embalming, my greatest fear, the one thing that I swore that I would never be able to handle or do or participate in was embalming an autopsied body. It was too visceral, too much, a flayed man/woman on the table in front of me like a disgusting puzzle that I had no way of knowing how to put back together. From the moment I started back at the funeral home, I sat in terrified wait every time we got a death call, just willing it to not be an autopsy.

However, in line with God’s sense of humor (because when God says you are ready, you realize it just about the time that he has already pushed you off the cliff) – the first autopsied body I embalmed was a child. A very young child. And in that moment, that body was no longer a big meat puzzle that I didn’t want a part of – it was someone to help RIGHT NOW. It (pronouns removed for privacy) was someone who needed something I could give, and it just became the way it was. It was what it was. It wasn’t a question or a choice or even something I thought twice about. And that was how I got over my fear of autopsied bodies. (Trivia moment: I now even prefer to embalm autopsied bodies).

I guess in the end, what helped me get over my horrific and lifelong fear of airplanes was realizing that I could die at any time and it might as well be now, with a Malibu & Diet Coke in hand (though I’d prefer to go to glory with a Pepsi, just saying), partnered with the nightmarish reality of my everyday life. Yikes, that doesn’t seem so uplifting, now that I think about it. But I promise you, at 10,000 feet in the air – it totally was. And you know what? I can’t wait to fly again.

Who the hell would have ever thought I’d say that! 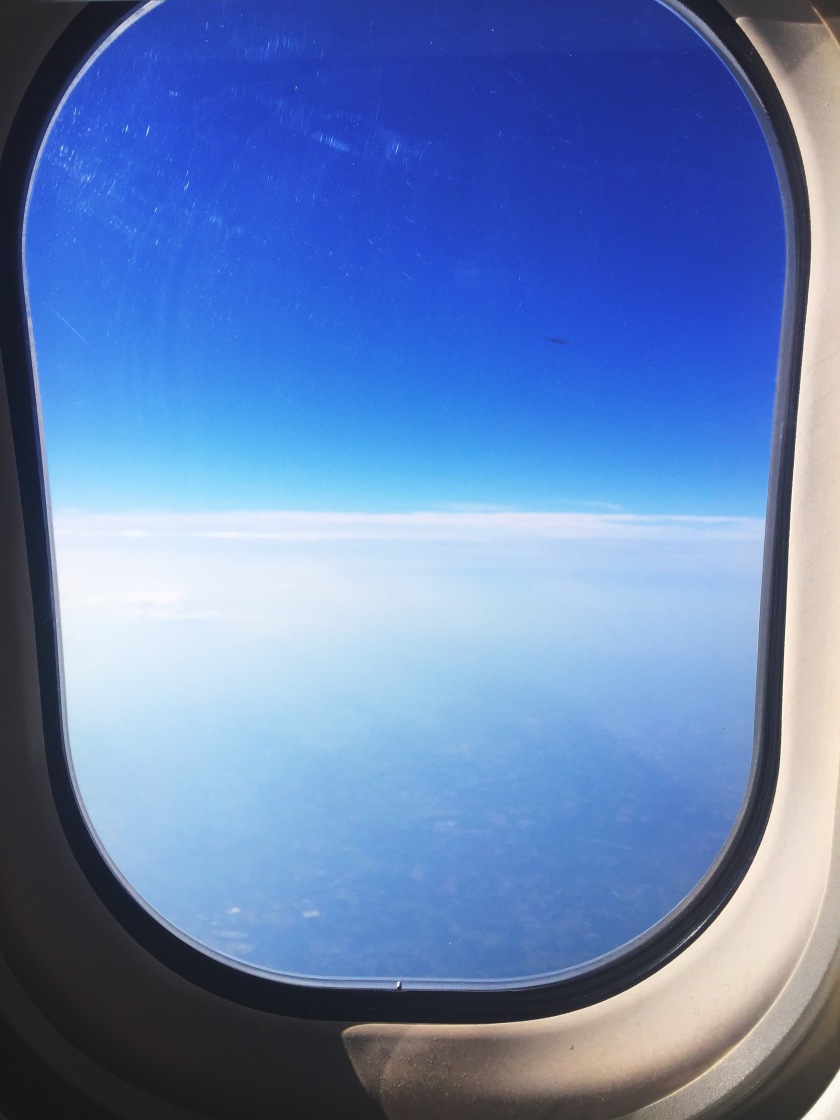 One thought on “*AIRPLANE EMOJI*”